Sold it via Afternic for $1500 USD to the CFL!. I almost missed it because I had an old Hotmail email address on file with Afternic and I guess when my emails went unanswered, they decided to call me.

I owned the name a few years and made about $500 USD in affiliate money from Clickbank selling FlagFootball plays. So all in all I made about $2000 USD off this name.

I was still new to domaining when I priced it (and forgot about it) so I definitely undersold it and never expected in a million years the CFL would go after it. I always assumed the end-user would have been a Flag Football association or something.

Another one of my early TBR pickups when I didn't know much about domaining and immediately regretted it when I got it for the minimum bid. Ended up selling it fairly quickly though (I don't think I ever renewed it) to a couple of college kids who appeared on Dragon's Den to show off their Waterless car detailing products. They found me via a whois and we chatted on the phone and I sold it for about $300.

Again, I undersold it because I didn't do any research and only realized who the were once they launched their website that they were on the show and got a $35k/10% deal from Robert Herjavec

They're still going strong and they seem to be listed at Canadian Tire as well. So I'm actually happy for them

Spex said:
If this is better suited for the "Sold" section, please feel free to move it there
Click to expand...

Since it mentions sold prices I will move it there.


I saw the dragons den video but I think Robert jumped the gun on that one because I remember a couple of kids selling waterless car wash spray almost 20 years ago. The stuff was called spray and wipe and it worked insanely well.

I thought I still had some in the garage but instead guess what I found?


Yup seems like over the years I bought this GoClean stuff because it is right with my Franks window cleaner all bought at Canadian Tire. 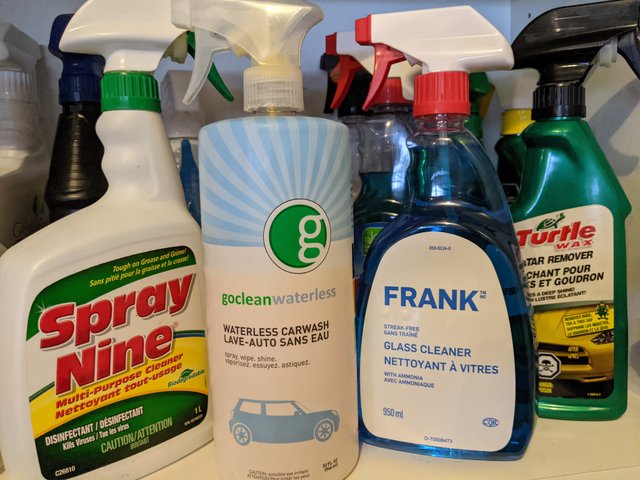 Lol, nice find!
You must log in or register to reply here.