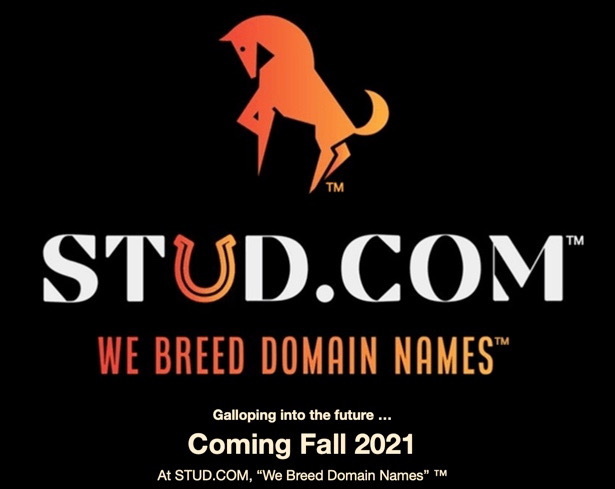 It's been a while but never too far away.

In case you haven’t heard my partners and I are opening up not only a domain brokerage, not only a marketplace on Stud.com but we have added some secret sauces that’s going to blow the doors off of the industry and open us up to the world.

Stud.com was born on July 1 via a Twitter post and for the last 100 days or so we have been working night and day to bring Stud.com online.

The domain marketplace is about 1/3 of what stud.com is going to be about.

In the weeks ahead we will unveil version 1.0 of STUD. But we won’t stop there. We have big plans for expansion as we add these new features.

Stud will be a paid membership if you want to list your domain names and free to those that want to shop and buy. Other services will be offered. Some free, some paid.

Stud will not only empower domainers we will show domain investors how to get top dollar for their prime Domain Names by “Breeding” them not just selling them. But when they do sell, they need to get top dollar.
Click to expand...

Read the full story
Visit me: MapleDots.ca - Follow me: @MapleDots 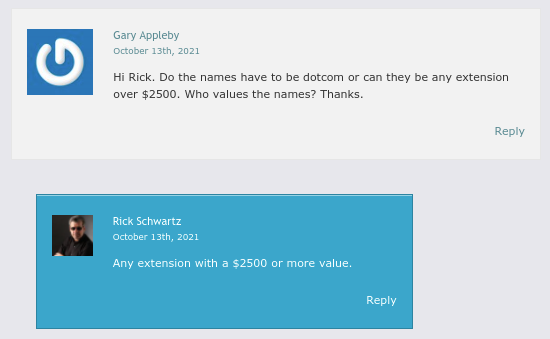 Looks like they are accepting all extensions as long as they are valued above $2,500

He said he will be incresing that threshold but I think nice clean one word .ca's will always qualify because we can easily price them at 100k.
Visit me: MapleDots.ca - Follow me: @MapleDots

OUR number one enemy are domain investors selling their assets way too cheap. When it comes to valuation domainers are either up in the ozone for worthless domains or they’re giving away life-changing domains for less than life-changing amounts. Sometimes even chump change. When will they ever learn??
Click to expand...

Curious to see how Stud.com will do.
My Market Page dn.ca/market/domains

Isn't this a pay service?

domains said:
Curious to see how Stud.com will do.
Click to expand...

I want to see how Stud.ca will do.

I could have sworn I saw the price, I clicked refresh and magically a whole lot of zeros appeared.
Visit me: MapleDots.ca - Follow me: @MapleDots

It was set up just as a contact form, make an offer. I switched it to Escrow.com with a BIN price. But when I made the switch, it used a default price, and I quickly changed it. You must have seen it in the 15 seconds it was at the other price. Shoulda hit buy now faster

Rick knows I own it anyways.

If you want to annoy Rick just point it at our marketplace
Visit me: MapleDots.ca - Follow me: @MapleDots

MapleDots said:
Damn, I missed it....

If you want to annoy Rick just point it at our marketplace
Click to expand...

Lol, yes, I was one of the first to have an account but their system has never really worked well enough to be useful. I got tired of going back to check. Obviously its a work in progress. Once I hear that its up and running reasonably well, then I'll put up some good domains that'll fit right in there. But yeah, putting up Stud.ca would be pretty funny. It would be a good "put up or shut up" statement to make by listing it there.
You must log in or register to reply here.
Members who read this topic: 19
Top Bottom