The very first .ca domain name was registered 30 years ago Friday to the University of Prince Edward Island.

upei.ca was the first domain registered by the University of British Columbia's John Demco, who was in charge of the domain registrations, on Jan. 12, 1988. The next day, ubc.ca was registered.

Blair Vessey, a solutions architect for UPEI who was part of the university's IT team at the time, said the university being the first domain name is more happenstance than anything else. Jim Hancock, then-director of computer services, was at a meeting of 10 universities where they decided to set up a domain registration system for Canada. Hancock just happened to be the first to submit an application and get approved.

"It was one of those things where Jim just happened to be the first one to get the university's name in," Vessey said. "He wasn't trying to be first, he just thought this was something important we need to do."

While they didn't intend to be the first, it is a source of pride for the small Island university.

Vessey noted collaboration has been at the heart of developing the internet and computer systems for 40 years, including a key collaboration with New Brunswick, as well as universities across Canada.

"It's meant we have always been at the leading edge of being aware of the possibilities the internet, email, web servers would allow," Vessey said. "We were early adopters of things that today are staples of people's everyday lives."

There are about a dozen other domain names the university has registered today, mainly for outside projects and campaigns as the need arises. Vessey is also now the domain contact for upei.ca.

Vessey said they didn't know how back then how important the internet would become or how it would grow, and today focus on how to prepare for the next developments to come.

"Nobody could see where this was going," Vessey said. "We all kind of wondered at what it turned into."

Below are the oldest homepage "captures" for UPEI.ca and UBC.ca on archive.org. I thought I'd share these in case anyone is an alumni and/or simply interested to see.

Keep in mind both domains were registered in 1988 and these are simply the oldest captures grabbed by archive.org. Archive.org also only started capturing websites in 1996 so you can't find anything before that year. If anyone knows of a service that goes even further back, please let me know. 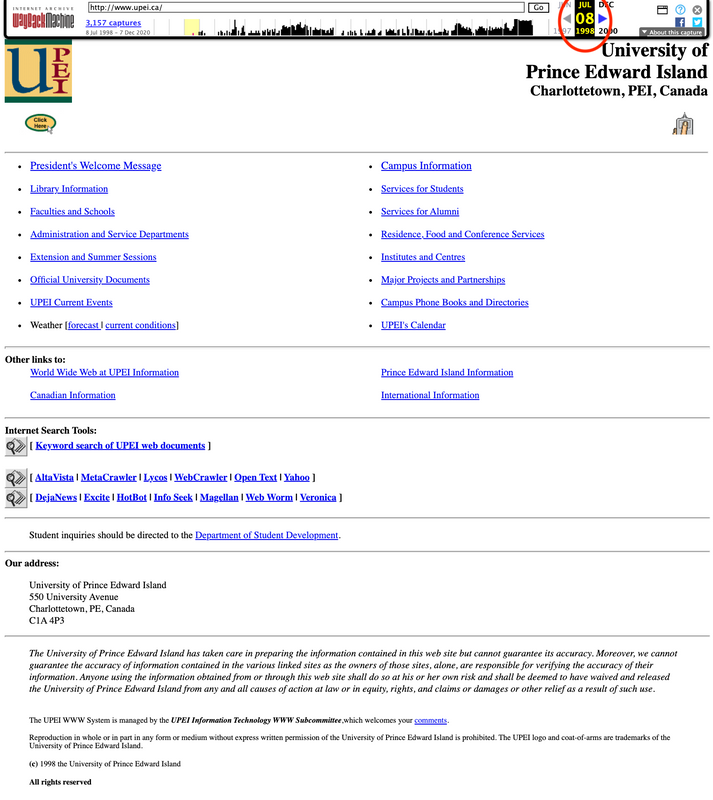 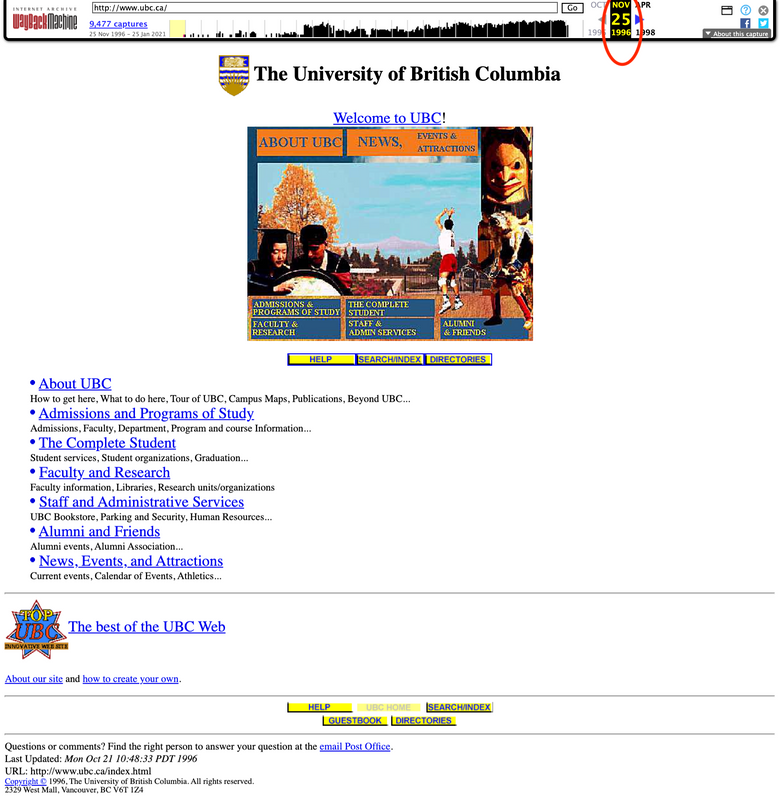 Wow, quite the design & graphics work on that UBC image. It's like a "magazine clipping" collage I did as a pre-schooler, although mine probably had a better theme, cohesiveness, and overall composition. LOL

Esdiel said:
It's been more than 33 years now since the very first .CA domain was registered, and that domain was...
UPEI.ca
The second domain was UBC.ca, which was registered the following day.
Click to expand...

Proud to say that I met and dined with John Demco although I’m pretty sure it was far more meaningful and memorable for me than it was for him.
DomainTrader.com
You must log in or register to reply here.