This is the guy that hacked Epik

This is the guy that hacked Epik


0.40 into the video he admits he hacked Epik
Visit me: MapleDots.ca - Follow me: @MapleDots

I posted this in the Epik hack topic but this Psycho deserves his own topic.
Visit me: MapleDots.ca - Follow me: @MapleDots

Well he had done one good thing as he mentioned in that he’s “hunted pedophiles” as he stated. But the question is, with these confessions, why hasn’t he been arrested?
D

Nafti said:
But the question is, with these confessions, why hasn’t he been arrested?
Click to expand...

Because he works with US and Canadian intelligence communities, and is simply doing his job for the current Liberal/Democratic leaders. Due to the total non-response from law enforcement, I would not be surprised if the entire operation was directed by Canada/Trudeau/CSIS/RCMP/etc.. Other news outlets have drawn the connection as well, calling it a "state-run operation".

You can be sure if he hacked proof of political bribes, he'd be black bagged and whisked away to a Rendition site in about 2 seconds.

From the companies and organizations he hacked:

“This is illegal, and these people should be going to jail,” Jacob Wells said. “The FBI, I mean, it's surprising that we haven't heard from any investigative services. We will be reaching out ourselves to just see that there's some investigation into this. This is completely unacceptable.”

This is from his Wikipedia, “During a 2021 interview with Vice News, he claimed responsibility for the group's 2008 attack on the Epilepsy Foundation's website,[4] where Anonymous members flooded the forum with flashing animations to trigger seizures in those with photosensitive or pattern-sensitive epilepsy.[5] Cottle later expressed remorse for the attack.[4]”.

Clearly he is a disturbed guy.
D

Nafti said:
Clearly he is a disturbed guy.
Click to expand...

What's most bizarre about this is that other Canadian Anonymous members have been caught and punished for far, far, far less serious crimes than he's admitted to, but he seems to have a permanent "Get Out of Jail Free" card from some Canadian political organization.

Otherwise, why would he brazenly state his myriad crimes for the world to see?

If I was one of the many CA Anonymous members who got nabbed in the joint RCMP-Provincial and Local Law enforcement operations and convicted of Conspiracy, Fraud, and other charges, I'd be wondering exactly who this Cottle guy has in his corner (*cough* Trudeau *cough*) to totally escape any type of charges, let alone punishment.

One of these CA Anonymous guys was only 12-years old and he just defaced a few sites pages and did a DDOS, but he got arrested, then drawn up in Youth Court to face charges and was convicted. Canada even deported to the US an Anonymous member seeking asylum, who was facing serious charges.

Not very smart of him to publicize his hacking.
My Market Page dn.ca/market/domains

domains said:
Not very smart of him to publicize his hacking.
Click to expand... 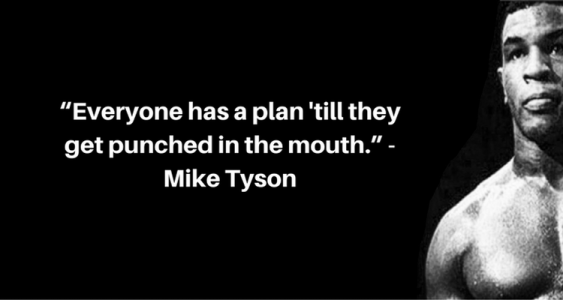 domains said:
Not very smart of him to publicize his hacking.
Click to expand...

Because the government is protecting him from prosecution, he also thinks that protects him from vigilante truckers and potential Hells' Angels members who will be seeking retribution.

Ever see Carlito's Way? This guy is the Sean Penn character - never lived a poor or rough day in his life, yet he somehow believe he's a "tough guy", telling the truckers and fringe groups threatening him that "I'm a world class cyber terrorist, do you think I'm afraid of you?"