Who is VIP Brokerage? 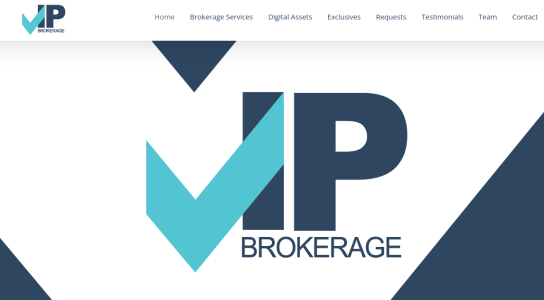 They have some nice domains

I decided to check if Maple.com was officially for sale yet.
I had previously placed an offer on that domain for 200k USD. 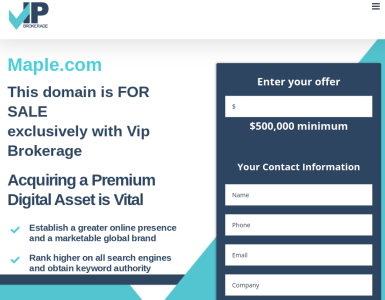 Now the silly part about this is they are using a frame to redirect maple.com which means the URL stays in the address bar while you navigate the entire brokerage site. That is so old school and definitely not something I would recommend.

I wonder if he owns the domain or is just brokering it.

I don't think anyone has ever offered as much as I did at 200k
Visit me: MapleDots.ca - Follow me: @MapleDots
D

MapleDots said:
I don't think anyone has ever offered as much as I did at 200k
Click to expand...

I recently offered a few grand for a middling .COM (not a word, multiple word or anything, just a random 6-letter pronounceable I liked) and the counter came back at $1,125,000 USD.