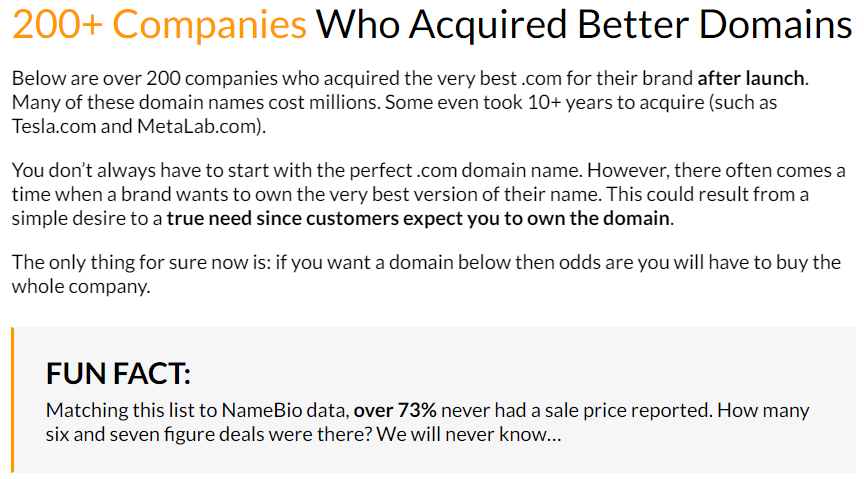 I was hoping to see some .ca’s on there.
Click to expand...

Both companies did indeed acquire the matching .COM but both also still use the .CA for their website (and use the .com to forward to it).

So while this article makes it sound like they abandoned the .CA for the more prestigious .COM, it's not exactly true. It's more like they bought them to make sure nobody else did.

I didn’t even notice that. That’s what I get for skimming through.

Nafti said:
I wonder if triangle.ca can be added to that list? Or was Canadian Tire’s Triangle non existent when they bought the .ca?
Click to expand...

It is another example but I would say that scenario was a little different since Canadian Tire probably always wanted both the .CA and .COM when they decided to create their new Triangle loyalty program/brand.

More specifically, they bought the .CA for 15K on 2017-07-24 (as per namebio), and they still didn't own the .COM by 2018-03-20 (as per archive.org). The .COM must have sold in the following week or two since CT officially launched the triangle program in April 2018, and both domains began resolving to a CT Triangle "coming soon" landing page by 2018-04-07. The .com would forward to the .ca at that point in time, but that was just a simple "coming soon" page, and the .ca is their primary domain today.

The previous owner of triangle.com also used it to redirect to another domain (triangletoday.com), and even though they seemed to have a nice website/following, it's no longer running. Not sure why since they could have survived without triangle.com, but I'm guessing they probably retired after their big pay day lol.

Does the fact they bought the .CA almost 8 months before the .COM suggest the .CA was more important to them? I would like to think yes, especially where they are using the .CA over the .COM today. Also interesting how there was no NDA for the .CA but there seems to have been one for the .COM. Can't help but wonder if the .COM owner noticed and added a 0 or two to his price lol.

FM said:
tangerine.ca could go on that list, too. There is a recorded sale for the .com: https://namebio.com/tangerine.com
Click to expand...

Tangerine.ca/com is another good example, but also a different type of scenario because they were previously ING Direct Canada until Scotiabank bought them (in Nov 2012, for 3.1 billion CAD) and decided to rebrand as "Tangerine".

Similar to CT and Triangle, I assume they always wanted both the .COM and the .CA (when they planned their rebranding), AND they also use the .CA as their primary domain today.

It appears Scotia bought the .CA first too, since the .COM only sold on 2013-11-06 (as per namebio) and that very same day they were already using the .COM as a redirect to the .CA: 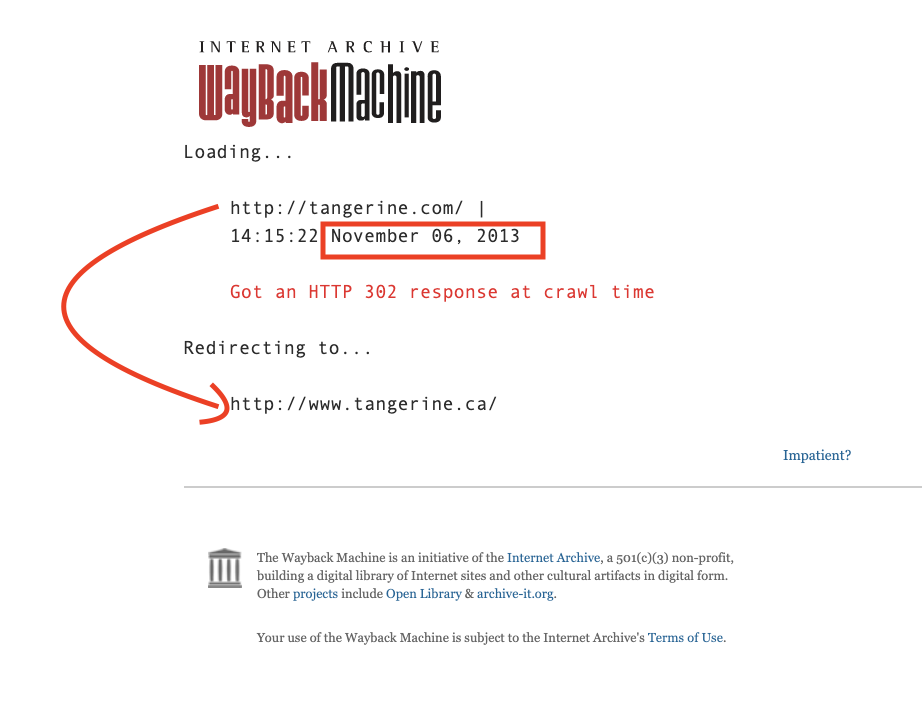 Damn, I remember Voila.ca from the TBR a few years ago - it went high, Top 10 if my memory serves me and I lost out on it bigtime - didn't even see it I don't think, or I was anti-French words at that time.
D

Here it is if anyone wants to look and lament - it went 5th overall to MyID:

This topic has enough Canadian content so I am moving it to Talk Domains
Visit me: MapleDots.ca - Follow me: @MapleDots

I thought of one to add to this list (well, technically two). Kanetix insurance upgraded to Rates.ca and then bought Rate.ca later. Rate.ca was reported on Flippa for $75K USD in Dec 2019. Rates.ca was acquired I think in 2015, but no reported price that I know of. Its another example of businesses with crappy names doing a nice brand upgrade to a generic keyword .CA.
You must log in or register to reply here.

Mere Holding of Domain Name Does Not Provide Trademark Rights

ETH.LINK domain name to be transferred back