Domains with the word Mobile

Be careful registering more domains with the keyword mobile.
Companies are figuring out that you don't tie yourself to one business motto anymore.

In Canada a major player Bell Canada which has a flanker brand called Virgin Mobile which just renamed themselves to Virgin Plus.


According to the response from Virgin Mobile (soon to be Virgin Plus), the rebrand will be made official on July 19 and the decision to change the name was to better include Virgin’s other offerings such as Internet, TV, tablets, accessories and more. Additionally, all services and plans are expected to remain the same.
Click to expand...

As everyone is getting into everything it is important to realize that more businesses will be looking for names that are more all encompassing.

A good example is JoePlumber.ca all of a sudden he adds heating and the name becomes JoePlumbingHeating.ca but then he adds video for pipe inspection. The best thing is to start with a domain JoeMechanical.com, (or similar) which can encompass a number of services.

So moving forward shoe stores are selling socks and shirts so calling themselves a shoe store is limiting, the trend is to use all encompassing names. The chances of new companies using the word mobile is still pretty strong but not as strong moving forward. I have MapleMobile and it used to get a number of inquiries and this has dropped down to NIL.


The trend to more all encompassing names bids very well for single word domains like pear.ca, pure.ca, style.ca, custom.ca etc. These domains can be used for for a broad range of products and services and as we can see in the .com market they are the most expensive and profitable domains.


The logo for Freedom Mobile below is a prime example of what you probably will not see again moving forward. Freedom Mobile is locked into mobile by the name and would have to rebrand if other services were added. It's a moot point because it will be absorbed by Rogers Communications which is a much better named company encompassing far more services. That said the Communications part will have to eventually be dropped and the company renamed to Rogers as they expand out of the communications sector. 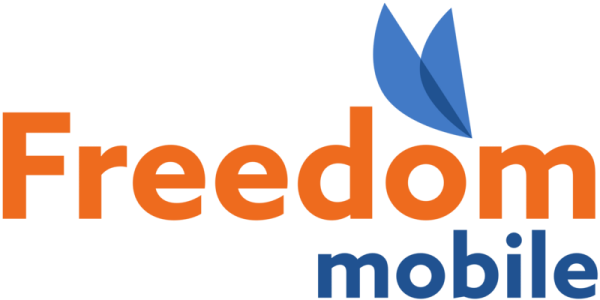