"The legendary domain name investor reflects on new top level domains and talks about his upcoming sale of 23 strings."

Andrew Allemann from DomainNewsWire.ca published his podcast interview with Frank Schilling yesterday and I thought you guys might be interested in listening.

Here's Andrew's summary of the interview, along with a link to it:

Frank Schilling is exiting the top level domain business in a big way: he’s auctioning off his 23 top level domains on April 28 in what is sure to be an interesting event. On today’s show, Frank explains what’s behind the sale, what he got right (and what he didn’t) about new top level domains, and what his plans are for the future.

For those who might not know, Frank is a legend in the domain industry and while he's well known for many reasons, he's probably best known as the founder of Uniregistry, which he reportedly sold to to GoDaddy for 196.9 million USD in Feb 2020. I say "reportedly" because neither Frank or GD ever confirmed the price, but GD's annual report suggests that was the price. The deal also included Frank's portfolio of 350K domains along with the the acquisition of Brandsight, a corporate domain name management firm (now rebranded as "GoDaddy Corporate Domains" - GCD.com).

The above is just to provide some background info on Frank and not necessarily the focus of the interview. I also can't forget to mention how Frank is Canadian. He was born in Germany but grew up in Canada, and has been living in the Cayman Islands for nearly 2 decades now. If you want to learn more about Frank, this is a good/detailed article (although it's from 2014): Frank Schilling and the rise of the web domain name industry
Last edited: Jul 20, 2022 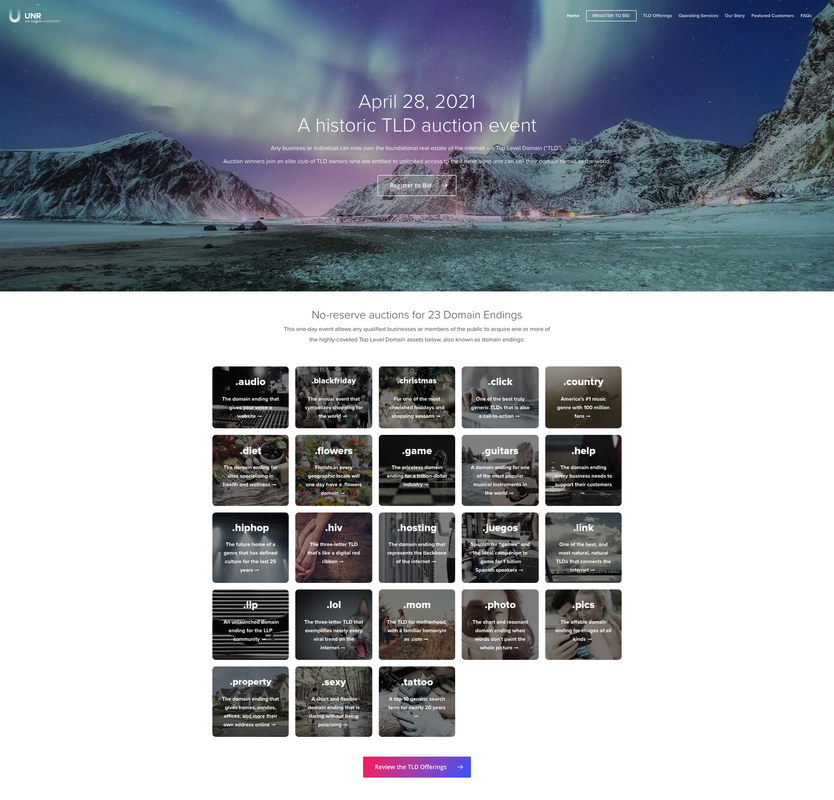 If you could own one of these TLDs, which would you choose? I'm not a gamer but I think I would have to go with .game.

Don’t own any of them but probably “property” *DONT_KNOW*
Real character is doing the right thing when nobody is watching.
Be sure brain is engaged before putting keyboard in gear.
Sometimes I feel like I'm in a battle of wits with unarmed opponents
Immortality is achieved by living a life worth remembering.

The .online is huge in Germany and Europe but it's not one of his.
I have no idea why .online has such a following.
Visit me: MapleDots.ca - Follow me: @MapleDots
D

I'd go with .LINK, as it's the most generic and still not overly long.

It will be interesting to see which sells for the highest price at auction. I imagine the current number of registrations will play a part in that too.

I don't own any domains in these extensions myself, but with the gaming industry blowing up over the pandemic and things like gamestop happening, I figured I'd place a bet on .game. Property and link are definitely some of the better ones, I just don't like how long .property is.

DomainRecap said:
I'd go with .LINK, as it's the most generic and still not overly long.
Click to expand...

Thanks. I knew there weren't any reserves on these but I didn't know the bidding had started already.

Looks like the only extensions with 0 bids to date are .HIV and .JUEGOS, which isn't overly surprising. Not really sure who's going to want .HIV, and .JUEGOS means toys/games in Spanish.

You guys can check out the current bid prices here: https://auction.link/tld-offerings/

Not a fan of any of them, but if you put a gun to my head I'd go with .LINK

.Property and .Game and .Photo look good, but there are also plural versions of those extensions as well so it waters down the product

Other than a cash grab by ICANN, I don't why they allowed redundant ngtlds. And as a Registry why would you want to pay big bucks for an extension when there are hundreds of alternatives, some even in the same vertical
You must log in or register to reply here.

Most popular top-level domains worldwide as of June 2022

"Top 5 domain name stories in May"