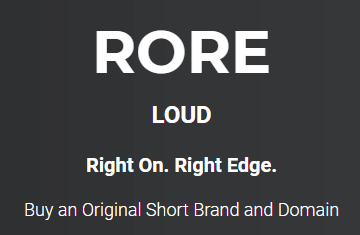 This guy registered the dictionary, I wonder if he's going to make any money at it.

It's a pretty basic way of listing domains 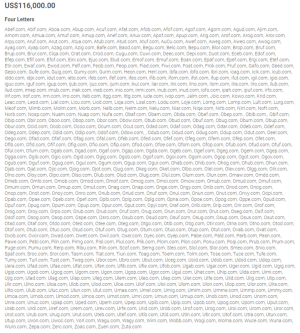 I just visited the website and was surprised to see he also invests in 5Ls, 6Ls, 7Ls and even 8Ls.

I'm thinking he can do very well with his 4 letter .COM domains since they are very liquid. Even crappy 4L .COMs with random non-premium letters can be sold off pretty quickly via auctions. If you visit shortnames.com you can see all recent 4L sales and 4Ls currently in auction (they also have data on 5Ls and other short domains). I guess it also depends on how much he paid for these (most certainly a lot for all of them), but even if he can sell a few annually for his asking price (116K USD), he's probably doing alright in that category. And he can always choose to liquidate a bunch via auction if he ever needed some cash.

Plus his 4Ls aren't exactly crappy since every single one of them is pronounceable, and it looks like the majority (or at least many) consist of all premium letters. And it's the same thing with the 5Ls to 8Ls. It's pretty clear that's his schtick, as it even says this on his website: "Use a .com domain name that is: Creative for a better trademark; Pronounceable, Spellable, Easily searchable, and Shorter to be easily found on the Internet."